Scroll down To see PDF File

Apart from this, it has been decided not to pay the dearness allowance due from 01-01-2020 to the employees and officers of the state government and panchayat service till 31-03-2021. In addition, it has been decided to reduce the total allowance received by the employees / officers appointed on contract basis after retirement in respect of 30 per cent of the total allowance received in the case.

While many people are currently taking jobs in the private sector in the Corona era, even the state government employees are not having a good day. As per the announcement made by the state government, it has been decided to reduce theallowance received by the government officers / employees in the state after retirement on contract basis or during the contract period by 30 per cent due to corona. 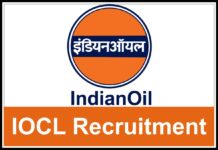